The time has come to enjoy the transition into fall,breathe the crisp & clean air, admire the beautiful colorful falling leaves from the trees, and embrace autumn in all it’s glory. With this changing season comes a new and exciting menu INSPIRED by the spirit of Munich.

The original Oktoberfest was held in Germany when Crown Prince Ludwig, later to become, King Ludwig I, was married to Princess Therese of Saxony-Hildburghausen on 12th October 1810. The citizens of Munich were invited to attend the festivities held on the fields in front of the city gates to celebrate the happy royal event. Over 200 years have passed and now the Oktoberfest we’ve come to know signifies the two-week Bavarian festival held each year in Munich during late September and early October.  It is attended by over six million people each year.  It is estimated that more than five million liters of beer, six hundred-thousand roasted chickens and over 400,000 sausages are consumed!

This tradition has inspired numerous similar events around the world. The largest Oktoberfest outside of Germany is considered to be in Canada in the twin cities of Kitchener & Waterloo, Ontario, with close to one million visitors annually. Argentina, Australia, Colombia, India, Russia, South Africa, Sri Lanka, Palestine, The Philippines and even China have very well-attended festivals celebrating Oktoberfest. The most notable American cities to celebrate are Cincinnati, Ohio and Denver, Colorado with over a half million visitors estimated. Chicago is no exception.  With a strong and proud German heritage in our city, Chef Liz Tokarczyk has created a special menu. For those who can’t get to Germany for the festivities, no problem…you can have your own Otoberfest and let INSPIRED CATERING & EVENTS bring all the delicious delicacies to you! Whether its Potato Pancakes, Jager Schnitzel, Spaetzle or Sauerbraten you crave…we’ve got it covered.  Don’t forget to save room for the Black Forest Cake!! 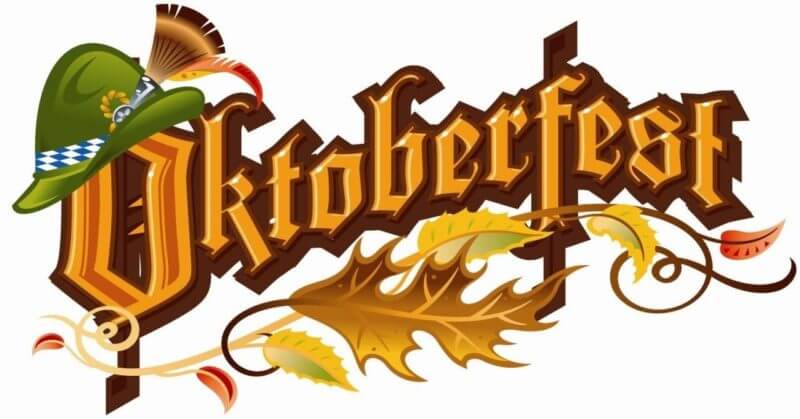 Sauerbraten, Schnitzel and Spaetzle are just a few of the dishes that make for a perfect Oktoberfest meal. But if you’re not comfortable cooking up your own German feast, let Inspired Catering & Events by Karen and Gina Stefani take over.

We’ve got two carefully created Oktoberfest Buffet options to cater everything from a small family gathering to a large corporate event. Each Buffet comes with an appetizer, salad, main courses and desserts.

Don’t delay in placing your Inspired Oktboerfest catering order! October will be gone before you know it, and so will this one-of-a-kind dining option. 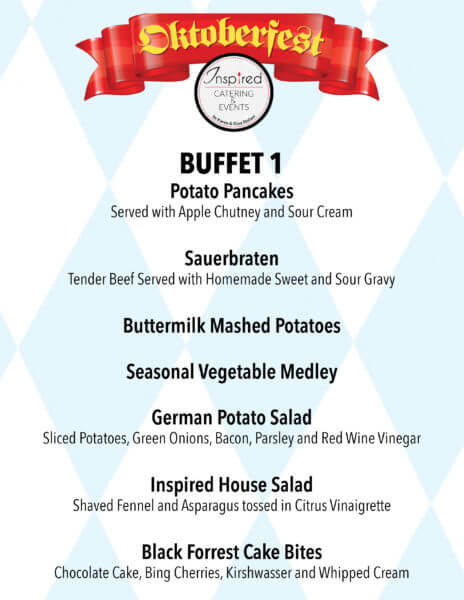 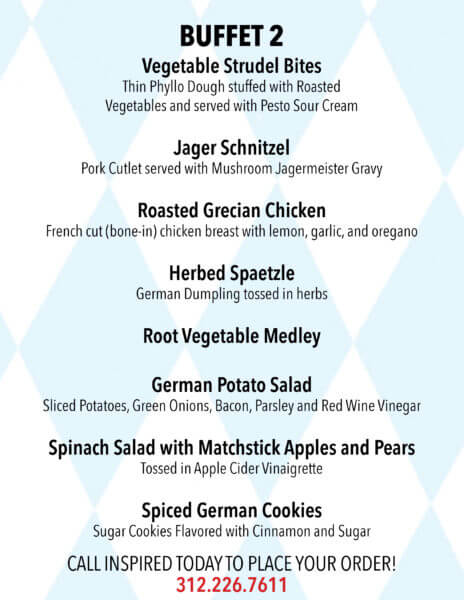